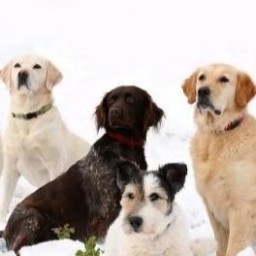 How Do In-Ground Dog Fences Work?

Dog owners with outside spaces at home need to ensure that their furballs are safely contained.

There are many sound reasons for using a pet containment system, including:

You have many options for containing your dog in the yard. These include conventional fences made from wood, chain link, or rail, as well as more innovative solutions like in-ground dog fences.

In-ground fences go by many names, including:

An in-ground fence involves a combination of electronics, technology, and training.

What Is an In-Ground Fence?

In-ground fences first came to prominence back in the 1970s. When suburbs started popping up around city centers, more subdivisions and neighborhoods sprang up. Along with these came new restrictions concerning the type and size of fences.

An in-ground fence allows you to comply with any zoning or covenants while still keeping your dog safe and sound.

Most in-ground dog fences consist of the following three components:

Today’s guide shows you how these three components work in harmony to create a humane and effective containment system.

How Do In-Ground Dog Fences Work?

Before you think about installing an in-ground dog fence, it helps to understand how they work to create effective boundaries.

We’ll now break down each of the three main components of an in-ground fence.

How Does the Transmitter on an In-Ground Dog Fence Work? 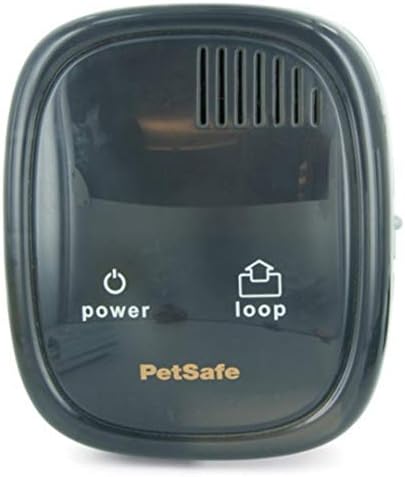 You need to mount the transmitter somewhere secure and dry. The most popular locations include:

Most transmitters are similar, varying only in terms of coverage area and methods of correction.

Once the transmitter is plugged into a regular electrical outlet, it then emits a radio signal. The signal travels along the wire buried underground – more on this below.

Transmitters are devices that can support as many dogs as you have collars for.

How Does the Wire on an In-Ground Dog Fence Work?

If you read about someone burying an in-ground dog fence, this involves burying the wire.

The wire is first laid out in one continuous loop, so that it starts and ends at your transmitter.

Next, dig a narrow trench and bury the wire about three inches below the ground. This is the optimum depth to protect the wire against damage, and to minimize the chance of anyone tripping over exposed wire.

Most standard in-ground fence kits come bundled with a 500-foot roll of cheap and thin wire. This should provide you with sufficient coverage for ½ acre of ground.

When creating no-go zones for your dog, use twisted wires for areas where you want Fido to roam without receiving any correction. This could include flower beds, gardens, and pools.

The final component of a wireless fence is the receiver.

How Does the Receiver on an In-Ground Dog Fence Work?

In-ground fences include a lightweight and waterproof collar that’s fitted with a receiver. These collars are usually highly adjustable but pay close attention to the recommended breeds sizes and neck sizes to ensure you get the snuggest fit.

If you have multiple dogs at home, all you need to do is purchase some extra collars and you can contain all your dogs with a single in-ground fence.

The receiver is powered by a 6-volt battery. You will need to replace the battery every three months or so for best results.

How Does These In-Ground Fence Components Work Together? 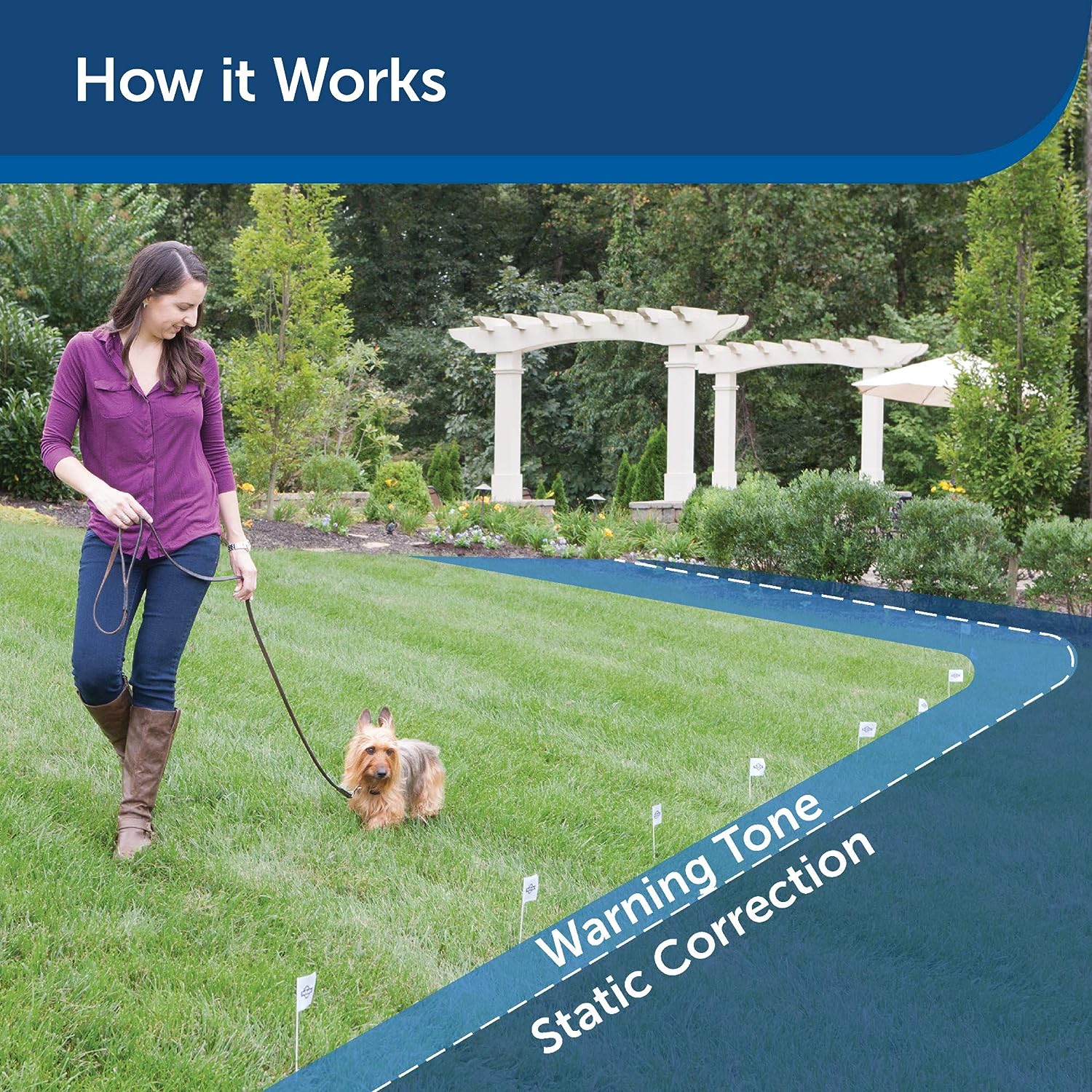 While in-ground fences differ from manufacturer to manufacturer, they operate on the same principles.

The transmitter broadcasts a radio signal along the buried loop of wire. This signal is typically a simple sine wave. Some systems broadcast two sine waves of different powers.

The wire buried underground serves as an antenna that transforms this signal into electromagnetic waves.

The transmitters on these systems do not use much power. This means that the signal running through the wire has a minimal range of no more than 15 feet.

Some more complex systems transmit two signals, one at lower power and one at higher power. This allows the system to provide varying levels of correction depending on the distance of the collar from the boundary.

The receiver, as outlined above, is baked into the collar. This is a small AM radio much like you would find in a cheap AM radio operated by batteries. When the radio gets close to the wire buried underground, it receives a signal that is transmitted along the wire. The radio then corrects your dog using one of the following forms of correction:

The wiring is looped and then buried underground so that it travels around the perimeter of your yard, meeting the transformer at both ends.

When installing the transmitter – see above – you should also install a surge protector.

If you choose to install an underground fence, you should not be concerned about harming your pet. These are psychological devices rather than punitive devices. Indeed, unless you combine the containment system with proper training, it may provide no deterrent value at all. Once you have established the new rules, the collar should seldom need to deliver correction.

Many containment systems have either a standard transmitter or a deluxe transmitter. Correction options will vary accordingly.

The wire used for these systems will also vary. Thicker wire is longer-lasting and will also improve the performance of the fence.

Regardless of the type of transmitter used, the receiver on the dog’s collar will start to beep when your furball approaches the boundary. This is the warning that your dog receives. If he chooses to ignore this warning and heads toward the boundary, the receiver will emit the correction of choice – this is often either a mild static shock or a metered spray of citronella liquid.

If you are concerned about the static shock, this is only mild and similar to the static shock you get when you touch a metal object after walking on a carpeted surface.

Citronella is an oil derived from lemongrass. Most dogs hate this spicy citrus spell.

Both types of correction will be enough to distract and annoy your dog, but without causing him any harm. When combined with consistent training that includes positive reinforcement, you should find that your dog associates the correction with something he shouldn’t be doing and he starts to comply.

When you are training your dog with the fence, he may retreat as soon as the receiver on his collar emits a beep. This will not always happen, though.

Some dogs will retreat with their tail between their legs. Others will simply hunker down and try waiting it out.

Ideally, you want your dog to retreat at the first audible warning instead of loitering around. If this does not happen, you may need to consider retraining Rover using a leash until you are sure he will retreat when warned rather than waiting until he receives correction.

If you are still unable to get results after a couple of weeks of consistent training, you may need to consult a canine professional.

We very much hope that today’s guide has given you a clear understanding of how an in-ground dog fence works.

Installing a wireless fence is not a job for everyone. You will need some basic tools, confidence with DIY, and the ability to dig a narrow trench. If you feel this is within your skillset, you should expect to take anywhere from two hours to a whole day to install the fence and get it up and running.

Once the fence is installed, you’ll then need to spend a couple of weeks training your dog to understand and respect the boundaries you have created. The fence will come with some training flags which will provide Rover with some handy visual markers, streamlining training.

Train your dog for about 15 minutes twice daily until he learns the new boundaries and you are confident that he can be left unattended in the yard without getting excessive corrections.

Bookmark GO Boxer Rescue and be sure to pop back soon. We have lots of informative guides coming your way as we embrace the holiday season.